Leica Liker is honored to have Peter Kool, a Stekene (Belgium) Street Photographer as our #15 guest.

When I first saw Peter’s photographs, I chuckled over their whimsy and often, comical nature. When you look at his images, it’s clear he champions the street photography vernacular of the humorously absurd.

Peter’s surrealistic images make us look at ourselves with a wink of the eye. He has an acute ability to capture life in a split second and simplifying it to a playfully awkward moment. When you study the photos, you see a deceptively simple scene. But it takes a seasoned eye and a wicked sense of humor to be able to dig out these moments.

What I love most is Peter’s modest approach to life. In his world, there is no such thing as the mundane, boring, or insignificant. In his world, every moment, no matter how miniscule it is, is worth laughing and sharing. “Life is good” in the true meaning of the phrase.

And to top off the delight in life Peter presents us, his name is simply cooler than Kool.

Here is my interview with PETER KOOL:

Nick Name: I don’t use a nick name.
Currently living in: Stekene in Belgium.
Motto: Respecting, relativizing, enjoying.
Street Photographer since: 1980, with a break between 1990 and 2005 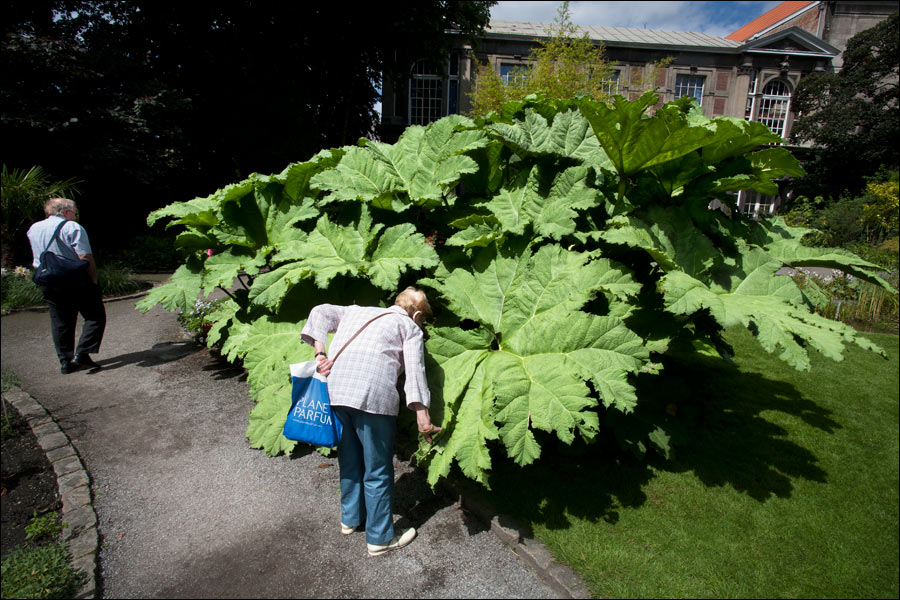 Profession/Job: Retired steelworker.
Websites: www.peterkool.be and http://www.flickr.com/photos/peter-kool/
Organizations or Group: I am a member of the “EasyFit” gym, if that counts.

Favorite street food: Sometimes I yield to the temptation of a burger with fries.
Do you listen to music while shooting? I only listen to music in my car.
Favorite music when shooting and/or editing Photos: I like silence when editing.
Favorite photo software: Photoshop. 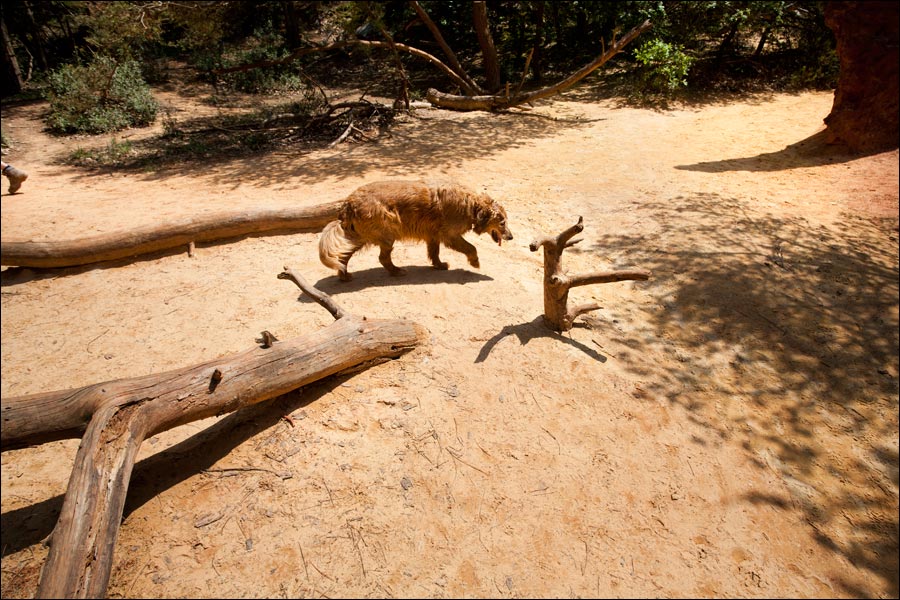 Color or Black and White? That’s a tough one. Depends on the photo. Sometimes it’s clear which to use, but often I can’t make up my mind. I don’t want to do only Color or only B&W. 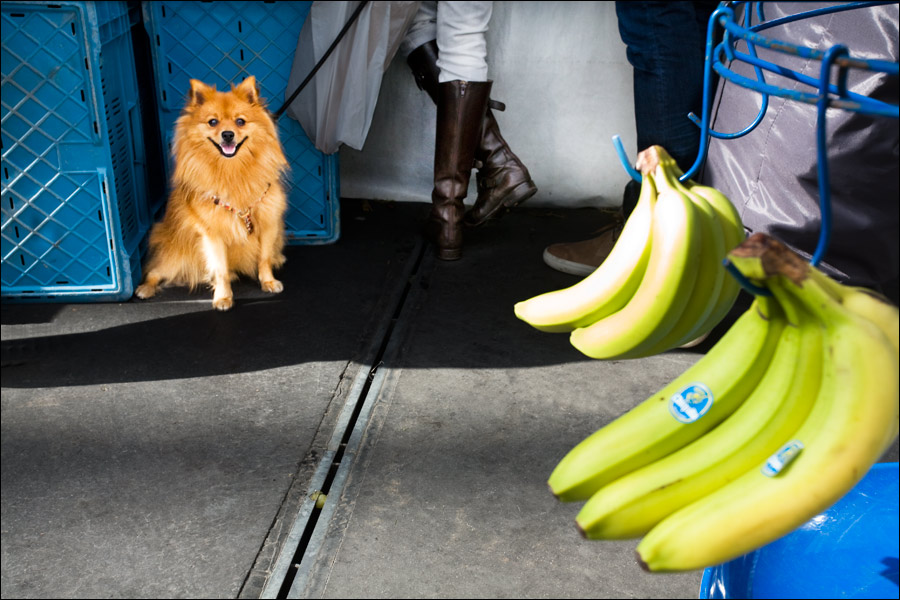 Shoot Film or Digital ?  I prefer digital. I used to develop the films and photos in my darkroom, but that’s a very time-consuming process, not to speak of the retouch afterwards. Maybe negative has more soul, but I think when you work on the contrast, darks and lights you can put soul into digital too.

If Film, what type of negative? I used to shoot with Kodak Tri-X and Plus-X.

Is there a special time of the day you like to shoot or is any time good? Any time is good, but a low sun is nice. 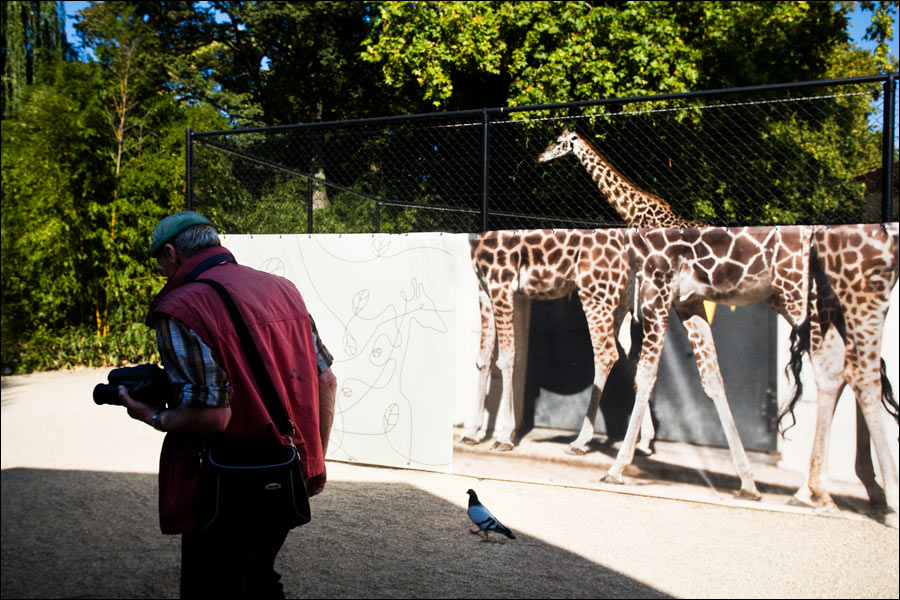 How do you define street photography? I think the collective “in-Public” has a good definition. You can read it here. But I don’t think it’s important to discuss whether a photo is street or not.

Why did you choose Street Photography and not another form of photography or stamp collecting?  Nature made me a father so I started taking pictures of my children. In doing so, I got the bug and went to the art academy where I discovered the street photography of the well known’s, but also other forms of photography. I don’t want to do only street. To make a good portrait for example is also a challenge. Collecting stamps is not very creative, it’s better to use them for love letters. 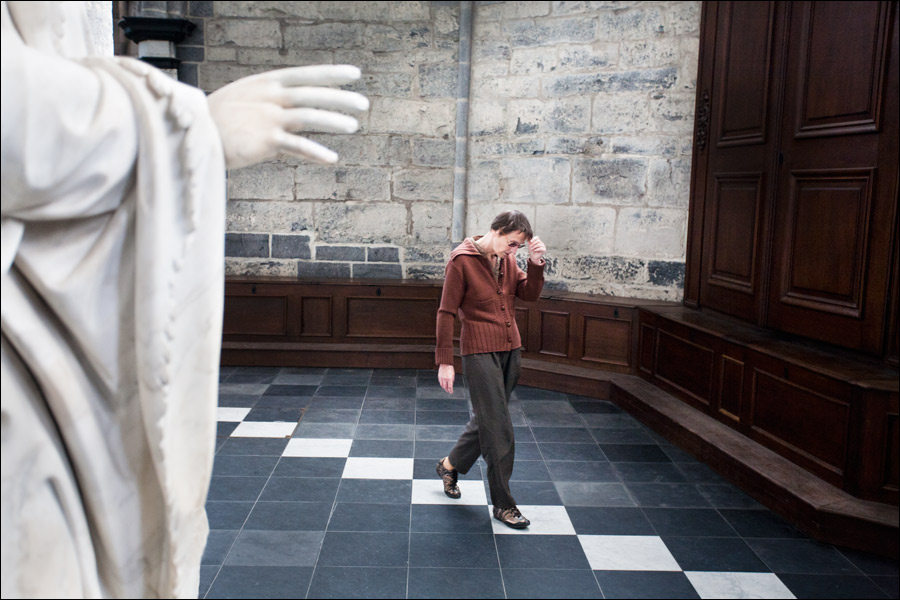 What motivates you to photograph the streets? It’s that urge to be creative I think. And in my case it happens to be photography. My only mission is to make an image that the eye likes.

Is Street Photography an obsession? About obsession the dictionary says, “to be pursued by a thought or an idea”. So yes in that case it’s an obsession, I think of it a lot. I don’t think it’s a sick obsession…yet. My wife can still live with it.

Are you a lone shooter or do you like shooting with friends or a group? I like to hunt alone, it’s better for the concentration.

Are you an invisible photographer or visible? Sometimes I fantasize that I can make myself invisible for the photos that I could make and perhaps steal some money back from the banks… No, I think with a camera one is more visible than without. People are very quick to notice the slightest attention you give them. 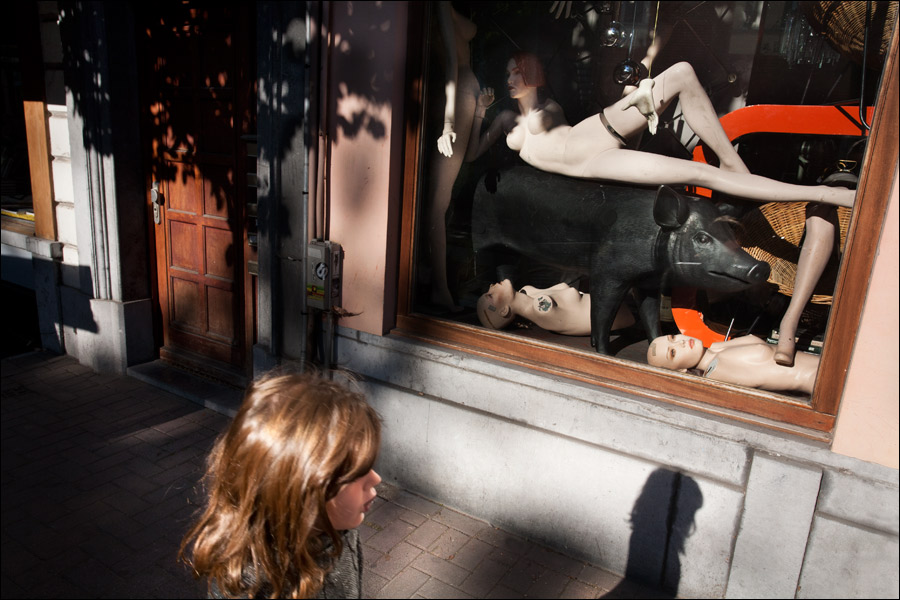 Favorite street photography city: That would be Antwerp, but only because it’s nearby. In the late seventies I was in New York. I would like to go there again in the future. It’s a fantastic city and the people too (most of them).

What inspires your photography? Other photographers and films. The long play Chaplin films for example.

Is there a philosophy, concept or aesthetic behind your compositions that you apply to your photos? A subtle move, glance or emotion often makes a great photo, but hard to catch. I also look for balance, humor and elegance.

What do you look for in a good photograph by others?I have seen wonderful photos with lousy compositions, so no rules for me. If the eye likes it, then it’s okay.

How do you go about shooting a street photograph?I wander around and wait for an impulse. Sometimes I have several but it also happens I can’t make a single shot all day. I also look for events that take place.

Could you please describe the process – what was going on in your mind when you first started to think to take the following two images all the way until you pressed the shutter release? I noticed the man with the black eye and saw the girl crossing the street, I wanted her in the picture too. When I thought it was the right moment I rushed forward to surprise the gentleman to avoid him turning around or cover his face; he gave me a bit of a strawberry with mustard smile.The girl rubbing her eye at that moment was a nice present.

As opposed to the previous picture, this was an ongoing situation. I just walked in to it. I noticed the two caps and took some time to make the composition. I wanted to hide the reflected guy with the cap behind the bald guy and that was not difficult because he was huge, I was relieved they didn’t hear my Canon go off.

How would you describe your style? How has your style changed over the years? I don’t know. A little old-schoolish perhaps? If you see change it’s probably the change of time. I don’t think my style has changed. But I try to avoid pigeons now. Hahaha.

There seems to be a difference between your black and white and color photos. The black and white seems to capture moments that are personal and intimate. The color images seem to include irony, satire. Are you conscious of that difference? If so, why the difference? I always process a color and b&w version of a photo, look at them next to each other and then decide which one to publish. It not only depends on the photo but also the mood I’m in, as I often change my mind. But you’re right about the intimate photos: For instance, I like to shoot black and white for portraits. Color disturbs the expression. Then again I’ve seen beautiful portraits in color too….. it’s complicated.

How do you choose your shots when you edit? What tells you that the shot is good?
A very good shot you recognize instantly I think. I look at the rest and then look again, delete some and get some back from the bin, look at them again and put them back in the bin and so on.

Best 3 tips for shooting the streets: Be concentrated and alert. React on your feeling and don’t hang your camera on your shoulder. 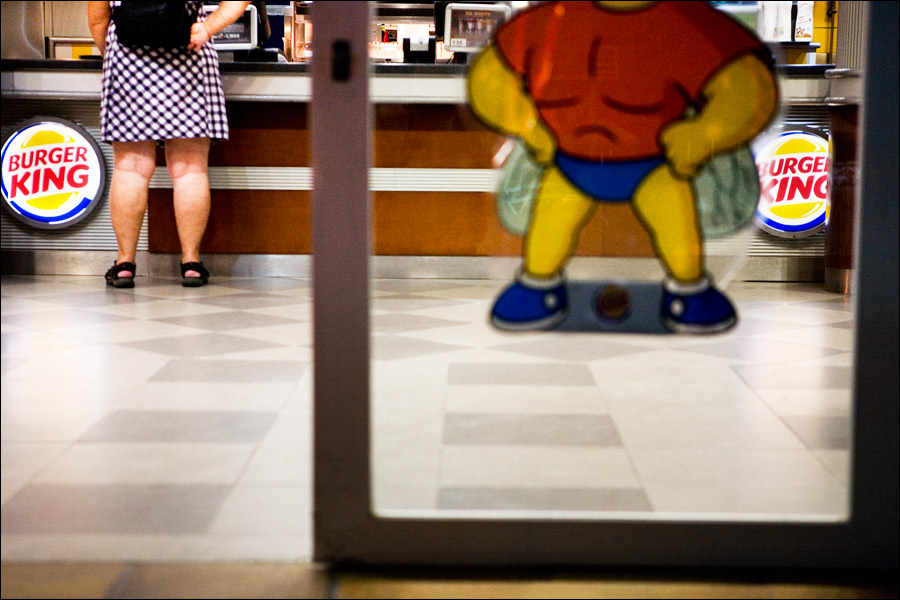 Best single advice on how to improve your work: Use the force.

Best single advice on how to edit your work: That’s pure technical, so that you can learn. I can recommend “RAW” a book by Johan W. Elzenga but I think it’s only published in Dutch. It’s a very small book with only the things you need for improving your photo: that is – working on the lights, darks and contrast with raw files. 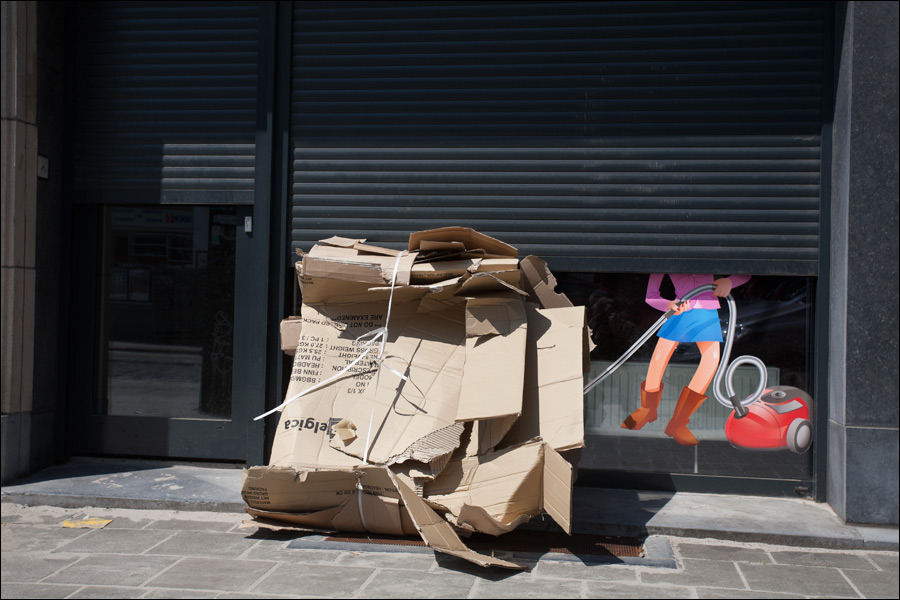 Best single advice for someone who wants to get into street photography: Don’t think the more expensive the camera the better the photos. You can make great chicken soup in a cheap pot.

What’s the best moment in your street photography career? The ride in a New York police car around Manhattan.

What’s the worst moment in your street photography career? In 1979, I had just started photographing. I went to New York with my wife and children. At the end of 42nd street, gospel singers where doing their thing and just around the corner was a row of shoe polishers. I took a picture and in no time there was a bunch of guys around me asking for money and pulling my camera. Another New Yorker just came standing beside me and they suddenly slunk off. Someone must have called the police, because a few minutes later we were in a police car riding around Manhattan searching for the muggers, having a nice chat with two friendly policemen.

What projects are you working on? I have no projects, but maybe a good idea to do something on a single theme. I’m thinking about it.

Where do you want to be in 5 years with regard to street photography? Just hope to be healthy enough to keep on doing it. 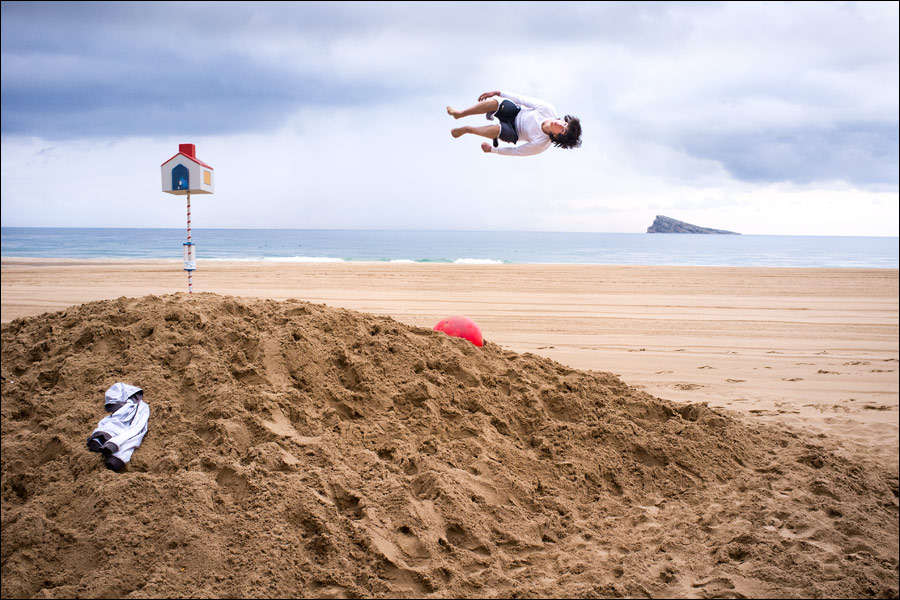 Are there exhibitions planned in the future? No exhibitions. I rather spend my money on a journey. To New York for example, and take a look again at 42nd street.

Leica Liker thanks Peter for sharing his experience and inspirational advice with us. We look forward to checking in on him in the future.

You can check out Peter’s gear in “Liker Bags’n Gear” here.

This is Peter’s self portrait.